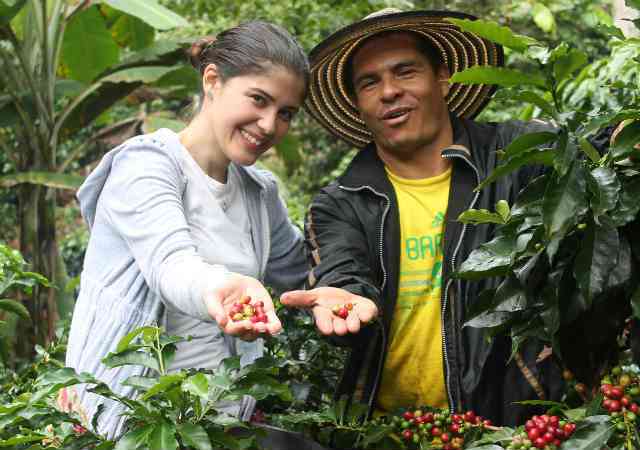 The company, founded by Rodriguez and her partner Allen Gomberg, takes high-quality Colombian coffee beans, freeze dries them and mixes them with all-natural unrefined cane sugar known in South America as panela. Their secret is that there are no added preservatives in their product.

Rodriguez came up with the idea when her mom returned from a trip to Colombia with small panela cubes that dissolved in water to make “aguapanela,” a traditional and popular Colombian drink made of sugar cane that can be served hot or cold. Rodriguez and Gomberg wanted to make a product that was fully organic and nutritious for everyone as they became more conscious and aware about their eating habits.

Rodriguez and Gomberg confessed that when they started JIVA they didn’t know what they were doing with their Kickstarter campaign, and that the social media and branding world was new to them.

The young entrepreneurs got to experience first hand what it was like to fail and pick up the pieces, work and try harder for their own business in order to produce a better product that people were going to fall in love with.

“We kept on failing, but we never gave up, ” Rodriguez said. They managed to receive more than $82,000 from nearly 3,500 backers for their Kickstarter campaign to get their company started.

The coffee and hot chocolate cubes are currently sold online. The name behind the creation has a strong meaning.

“JIVA is a Hindu word that means life force, spirit, basically it is your essence,”  Rodriguez said.

“We came up with this name because every morning you need coffee to start your routine. We wanted to be the inner force and the fuel for people’s life and because we are a to-go product, we always fuel activity.”

The dream of these two young entrepreneurs seems to be taking off. They  have customers, followers and fans all around the world purchasing their JIVA coffee cubes. Rodriguez and Gomberg want to encourage innovation to the new generation and they want to empower people to create something on their own so that they can be leaders in their own community.