The decline of Catholicism in Latin America 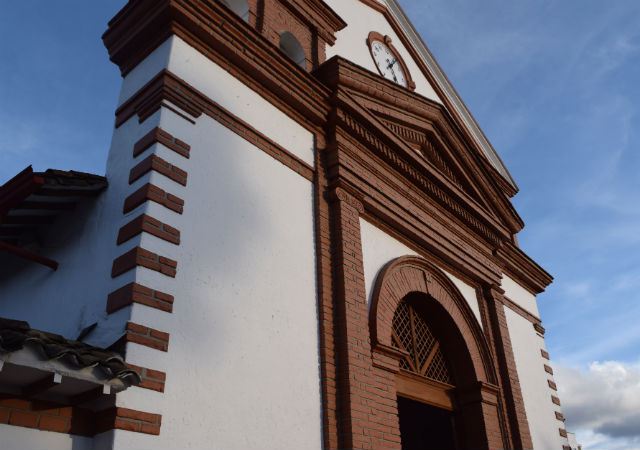 A new survey by the Pew Research Center, “Religion in Latin America,” reveals that Latin Americans born into Roman Catholic families have increasingly left the faith for Protestant churches.

Latin America remains home to an estimated 40 percent of the planet’s Catholic population. But the survey finds that 19 percent of Latin Americans now describe themselves as Protestant. 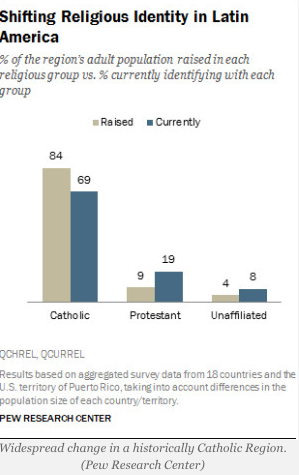 Why are Latin Americans leaving the Catholic Church for Protestantism?

The survey asked respondents to rate eight possible explanations. Protestants who converted from Catholicism most frequently say they “wanted a more personal experience with God.” Other commonly cited reasons include the style of worship at their new church and a desire for greater emphasis on morality.

What about the “Francis effect?”

The research also showed that Pope Francis is highly popular and influential in Latin America, with two-thirds or more of the population expressing a positive opinion.

“The Catholic Church’s status in Latin America has drawn more attention since Cardinal Jorge Mario Bergoglio of Argentina was elected pope in March 2013, taking the name Francis.” The Pew reported, “while it is too soon to know whether Francis can stop or reverse the church’s losses in the region, the new survey finds that people who are currently Catholic overwhelmingly view Francis favorably and consider his papacy a major change for the church.”

Why is Latin America cooling on Catholicism? (Juliana Barrera/Voxxi)

However, the authors of the Pew report said former Catholics are more pessimistic of the pope than those still in the Church, he is highly regarded by a majority of ex-Catholics only in Argentina and Uruguay. Significant percentages of former Catholics also say it’s too soon to tell whether Francis represents real change, or to identify a tangible “Francis effect.”

What about Hispanics Catholics in the U.S.?

The ratio of decline in Latin American Catholics is similar to those who live in the U.S., the “New York Times” noted, where large numbers of those raised Catholic, Hispanic and non-Hispanic, have abandoned the church.

According to PEW research, “Nearly a quarter of Hispanic adults in the United States were raised Catholic but have since left the faith, while just 2 percent of U.S. Hispanics have converted to Catholicism after being raised in another religious tradition or with no affiliation.”

The survey was conducted from October 2013 to February 2014 in every Spanish- or Portuguese-speaking country in Latin America, except for Cuba.